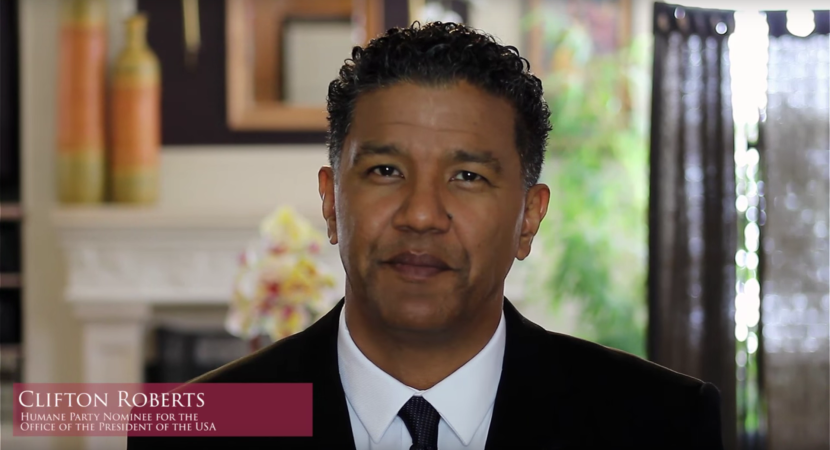 He’s running to become the first vegan US president to hold office.

Full Disclosure: I’ve actually not checked if there were any vegan presidents in US history (apart from a very quick Google search) but I’d happily submit to a stern spanking if proved wrong…And Bill Clinton doesn’t count as that was afterwards 😉

Back to Mr. Potentially President Roberts, he’s the CEO of the Humane Party that was founded in 2009, and this marks their first nomination.

The Humane Party is the U.S.A.’s first political party committed to:

So it’s all looking very solid…quite exciting to think of all the changes that could quickly happen with such a president at the helm.